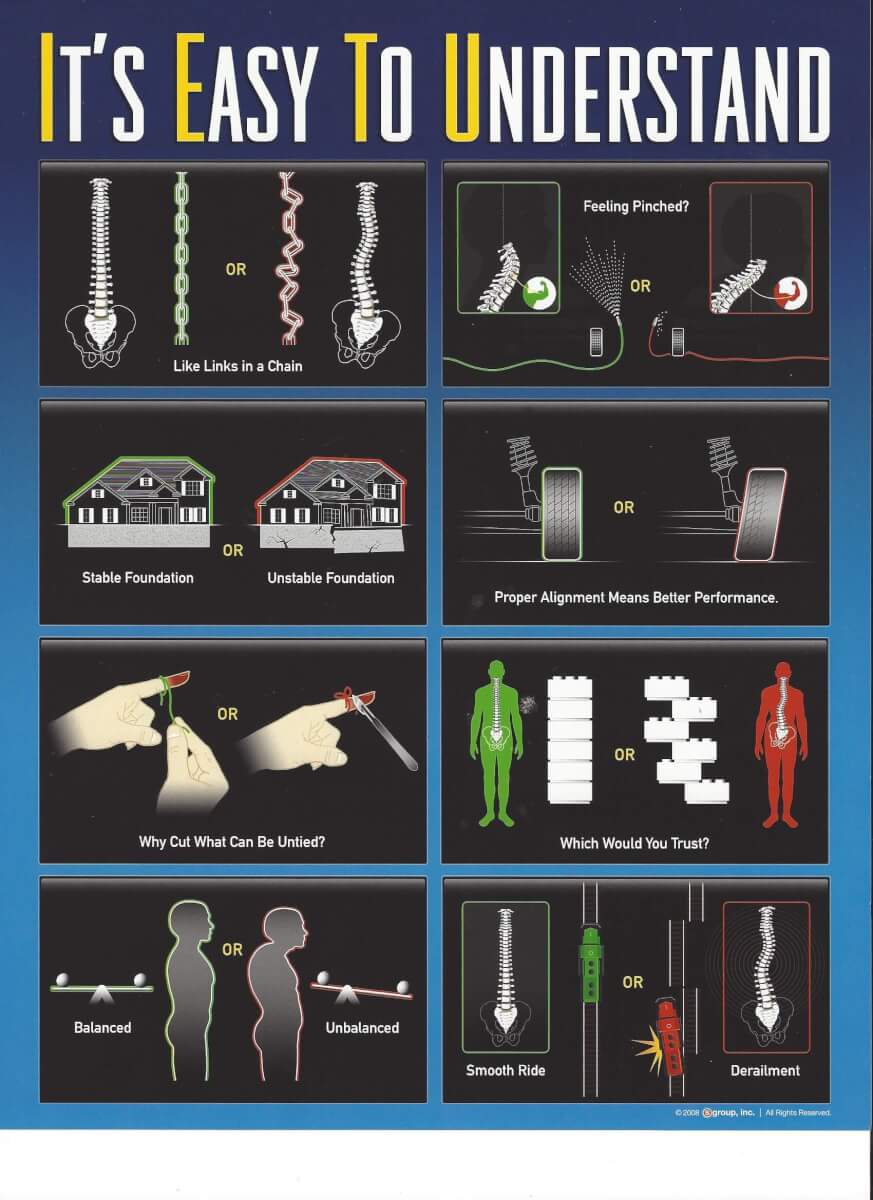 That is what most chiropractors offer in the way of care, and I believe that most of these folks do a great job. Typically they use adjustments, massage, heat, cold, and other physical therapies such as ultra sound or electrical stimulation etc.

Unlike conventional chiropractors, here at Platinum Chiropractic, we focus on Neuro-Structural Correction of the spine by utilizing gentle and specific adjustments in an effort to improve/correct a Neuro-Structural Shift.

We’re all familiar with normal body temperature: 98.6 degrees Fahrenheit. How do we know when someone has normal eyesight? The only way to appreciate abnormal- is to know normal.

Now, when it comes to normal, we’re not expecting anyone to be perfect. However, if your head is displaced 30mm beyond what’s considered acceptable, you have a Neuro-Structural Shift. Your head shifting forward is no different than your car being forced out of alignment, or the foundation of your house sinking on one side by just a couple of inches. Because the underlying structure has been shifted (regardless of the reason), this deviation of your skull puts abnormal stress on your muscles, tendons, ligaments, spinal bones, and discs- forcing them to put pressure on your nerves and cause secondary conditions(symptoms).

We refer to symptoms as secondary conditions because they are a result of a primary condition or an underlying cause (a Neuro-Structural Shift). Some of these secondary conditions include: Neck Pain, low back pain, headaches, loss of muscular function, muscular tension, nerve impingement syndrome, disc degeneration, decreased energy, and poor sleep, just to name a few.

There are four signs that are clear indicators of a Neuro-Structural Shift. These indicators are not related to age or genetics. They are a result of stress, trauma, repetitive movement and improper ergonomic positions that have disrupted the normal function of the spine. The four signs are:

Our goal is to direct your spine to what’s considered to be normal. By doing so, this will relieve pressure on the discs, which subsequently will relieve pressures on the nerves, thus improving/correcting the shifts, which are not only causing your secondary condition, but are also inhibiting the optimum function of your nervous system.