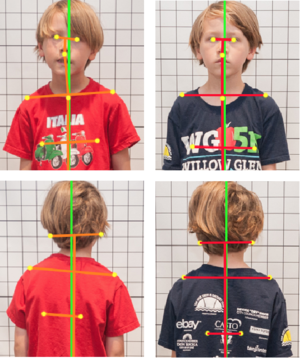 “We brought our son Jackson, age 6, in to Platinum Chiropractic after he was complaining of neck pain and we noticed his neck posture and shoulders were uneven. A few days prior he had either fallen playing around at gymnastics or on the playground, or slept on his neck wrong, or some combination of them. His injury was limiting his ability to turn his neck and move freely, which was limiting his activity level and mood.

“We thought maybe with a couple days of rest, things might improve. But after a few days, there was no improvement so we brought him to see Dr. Karo.

“Dr. Karo was great. He alleviated Jackson’s nervousness about having his neck and shoulders examined. Jackson had steady and noticeable improvement after each visit. After seeing Dr. Karo four times, he does not have any more stiffness in his neck or limitation of movement. Jackson is no-longer experiencing pain in his neck, his shoulders are even again, and he can move and rotate his neck freely. Plus he has been sleeping better.

“Jackson has returned back to normal, continuing with his gymnastics and playing as if nothing happened.”